OH! And the better one of these two’s the one NOT embedded

Here’s THAT one! <–THIS is the recommended link you need to hit up!
BELOW is the link I had to serve you because the above one doesn't allow embedding.

All the videos I saw were not English.
Remember my post on Himiwako? Just like with that subject, I plan on really putting some work in on this one and making a post with more video detail and imagery and stuff on her later.

I you got here from Google, whatever you’re looking for is probably in one of these YouTube videos!


blackstreetbbw.com webmaster here, reporting from Washington, D.C. Since I’ve decided for the tiem being not that it’s better to just let you wonder what kinds of nice bbws I’ve found in, and on my way to D.C. (Don’t worry- you’re not missing any show-stoppers!), instead of a ‘Candid Trips’ gallery posting, I’m going to post this picture that I remember looking for on my hard disk for the longest time, finding, and then losing again until recently. Since I’m with family right now, here’s an ssbbw pic in honor of family!: 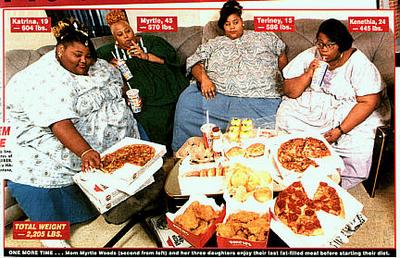 If you like ’em big like this, but’d prefer ’em with a little less size an a little more curve, why not go check out blackstreetbbw.com?

You’ve all heard the phrase “Dangerous Curves Ahead”, but…… do curves need to be controlled?
I had something else in mind for today’s post, but before I could get to typing I heard the TV on and had to go look at it…
Lo and behold! There were overweight women on tv! And not in just quick shots, documentary style, or still before and after photos either! Nope! Real women, on an infomercial. Women who looked like they could almost pass for thick. What was I watching at 6am? 30 minutes of paid programming featuring the Kymaro Curve Control jeans. …Hmm… ‘Curve Control’. Sounded like it could be worth watching when I was up with nothing but blogging to do, especially if this commercial about curves actually featured some… It did. (Now please don’t let 1000 overweight women discover this blog because they were looking for those! I said ‘brand spanking new in an older post, and no more people searching for ‘spanking’ found this blog so maybe I’ll be OK.)
“Respect the curves“
I remember when I was a kid and I first heard about how much difficulty women have finding jeans on the radio. Long after that, when I really got to looking at women, and long after I got over the question “Mom, why are women’s pants so tight?” I got into looking at all the different shapes women come in and wondering how many jeans have to be on the rack to fit all those different women. Must be difficult, especially with designers trying to sell pants straight up and down, like that’s actually attractive, or realistic. According to the Kymaro commercial, there are virtually “no jeans for real women, with curves!” So here were these Kymaro people to save the day for some real shoppers.
They’d actually bring real women into thier ‘store’, measure them around their fat stomachs and thier hips, and then later, after focusing the camera and conversations on the details of thier nice, soft, womanly figures, hand them these jeans to go put on. There was no telling women to diet or lose weight to look better ever. Just put on the jeans, and she could look better, and thinner right now, withoug losing a pound. They did do comparison waist and hip measurements in the Curve Control jeans though to show how many inches around the women lost when the beautiful shaping power of the jeans was applied, though. This was not a commercial about fat women getting thin! It was a commercial about celebrating curvy thickness!
They said “Ladies, tuck in those shirts, and get ready to show off that tiny waist!”. That sales staement was, like, priceless, and I think it will be burned into my brain for a while.
They showed an assortment of problems, and brought in several ‘shoppers’ to show them fixing them. Problems: Muffin top, big bulging stomach like on those ‘lose stomach fat’ ads, butt cleavage (You know, crack showing), ‘Unibutt’, and of course, the most obviously devastating problem of all “Flat as a pancake posterior” (complete with camera angle). The other problems, different kind of big women lovers can excuse, or even enjoy, but that one… well, it was music to my ears to hear a woman say that a flat ass is a terrible, problem for any woman to have, at any age, and one that must be fixed! The first woman I saw was an older ugly black one who looked like she’d look bad in anything, but after she put those jeans on, there was an actual improvement. Not nearly enough to fix her old ugly ass, but still, those jeans looked a lot better on her than the gray slacks she’d worn in. There was this ugly white woman with a so-called apple shape, and a not-so ugly one with a nice pear shape, and they explained the terms, for the sake of the cave/farm dwelling people who might not know, plus all these details of how women’s jeans fit, from feel to being long enough for heels, as they laughed a little and had the pear shaped one turn around and show off that nice butt in those nice jeans so they could do some showing as explained. You could have changed the audio to “Okay all you stick loving white boys. This is what a nice ass is supposed to look like. See how it sticks out instead of going straight down? And now we’re going to show you a black girl…” I was actually watching regular U.S. cable television, and they were showing of a woman’s shapely butt. And a white girl’s at that.

So next up was that young black girl. She had a… tall… muffin top. It wasn’t sticking way out, but her jeans were cut real low, and the top of that muffin was right under her ribs, so she definately didn’t need jeans that low! That put her on there feeling that muffin top on tv as she put her thumbs in the jeans and around. This other woamn, the one with the thighs I wanted to see who probably looked the most like the typical blackstreetbbw woman, was wearing a body shaper she said, and got them to mention the concept of double muffin top! This woman didn’t have that problem, but she was about the biggest woman they showed on there though.
The repeating ‘in-between’ scenes featured overweight women buttoning their jeans, struggling to find jeans, and displaying a nice, big booty, bulging pantyline behind. I just got a girl recently after behind single for a long time and focused on other things, so it’d really been a while since I’d seen a nice look at a woamn fastening a button arounnd a soft fat belly.
And of course, the infomercial wouldn’t’ve been complete without the typical ‘Seen on TV’ sales gimmick structure. #9.95 for a pair, but buy two and get the second at $10 off. “That’s over 25%!” Yeah, it’s over 25%, by about 1.25 cents so that’s 25.03% off if my math’s right. “Just pay seperate processing.” They didn’t show the shipping and handling was- the handling parts important in keeping them from getting sued. Working as an inbound telemarketer before and taking orders for all kinds of stuff off tv- (you may think you’ were calling a nurse or law office, but really, no matter what number you were dialing you were calling us. I once had a man call to order something, the call wasn’t all that pleasant [but it could’ve been much worse], then he called for a totally different product and got me again out of hundreds of reps, back to back.) and knowing how they worked, I bet S&H was $8 a pair, so that’s $16 bucks to ship 2 pairs of jeans that take 4-6 weeks to arrive.